Lavern grew up on the eastern shore of Maryland working on their family farm.  He loved to sing and got involved in any music project that was within his reach.  Lavern went to CA in 2003 to teach at a small Christian Day School in Sacramento.  After teaching for five years, he worked for Choice Books, a Christian book distributing company.  During this time, he developed a love for the city and urban evangelism.  While serving as a school board member he met Rosanna who was teaching at the school.  Rosanna was born and raised in Pennsylvania.  Lavern and Rosanna were married in 2011 and moved into an apartment in Sacramento. They have been blessed with two children, Eric and Kendra. The Yoders knew they wanted to be involved in the lives of their neighbors and to be a light in their corner of the world. They began by inviting the children in the apartment next to them over for a game and a snack. The story of what happened next is still being written and it has the name Streetlight Christian Ministries. 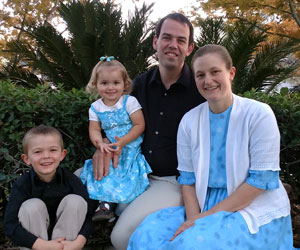 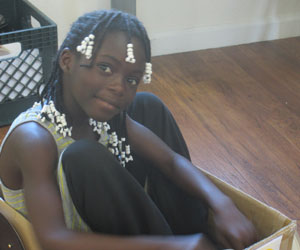 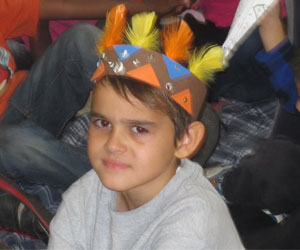 We are very grateful for friends like yourself who have a personal interest in the work God is doing in inner city Sacramento. Yes, it is God’s work we are simply servants in his vineyard. We are blessed to be able to share with you the opportunity to help kids who have been born into seemingly hopeless situations. At our last open house we served more than 100 kids and a dozen parents. We could never have grown a ministry like this on our own and stand amazed at what God can do. As you can imagine doing weekly events with this group takes a lot of decision making, energy, and resources. We talk to many of these children daily by providing them a fruit snack from our back porch as they return from school. Please continue to pray for us and this work.

From the children of Logan Park,

“Thanks for doing business with Victory Music Services, you help change our lives! Come visit us soon.”